Theo van Geffen visited Gary Retterbush on November 9, 2021.  Gary is on the left and Theo on the right.  Theo wrote “I drove from Utrecht, Holland to Eisenstatt, Germany to visit the Retterbush family. During that most enjoyable visit we heard a lot of war stories and I handed F-105 Thunderchief book one to Gary, dealing with its peacetime operations (book two will deal with SEA ops). Gary was the very first USAFE F-105D pilot to land at Bitburg in May 1961 and the very last F-105D pilot to depart USAFE in February 1967, from Spangdahlem. Gary, while TDY to Korat from Kunsan, downed a North Vietnamese MiG-21 on September 12 and one on October 8, 1972. The attached photo shows Gary on the left and me on the right.” 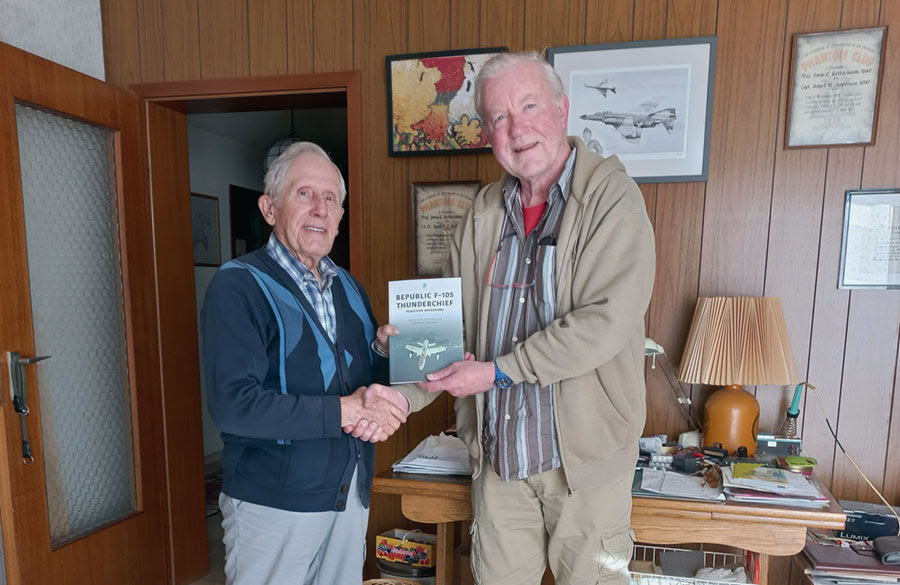